Filipino cuisine might be the ultimate fusion food. For hundreds of years, waves of settlers have left their marks in the archipelago country and its food culture. First came immigrants from neighboring Asian countries, who brought with them soy sauce, fish sauce, a large variety of herbs and vegetables, and the know-how of preserving and cooking seafood. Later, the Spanish expanded the use of meat, predominantly pork and chicken, and introduced a large group of new-world ingredients such as potatoes and tomatoes. Fast forward to the 20th century, the Americans started a fried chicken fervor, and also popularized the idea of ready-to-eat packaged food. 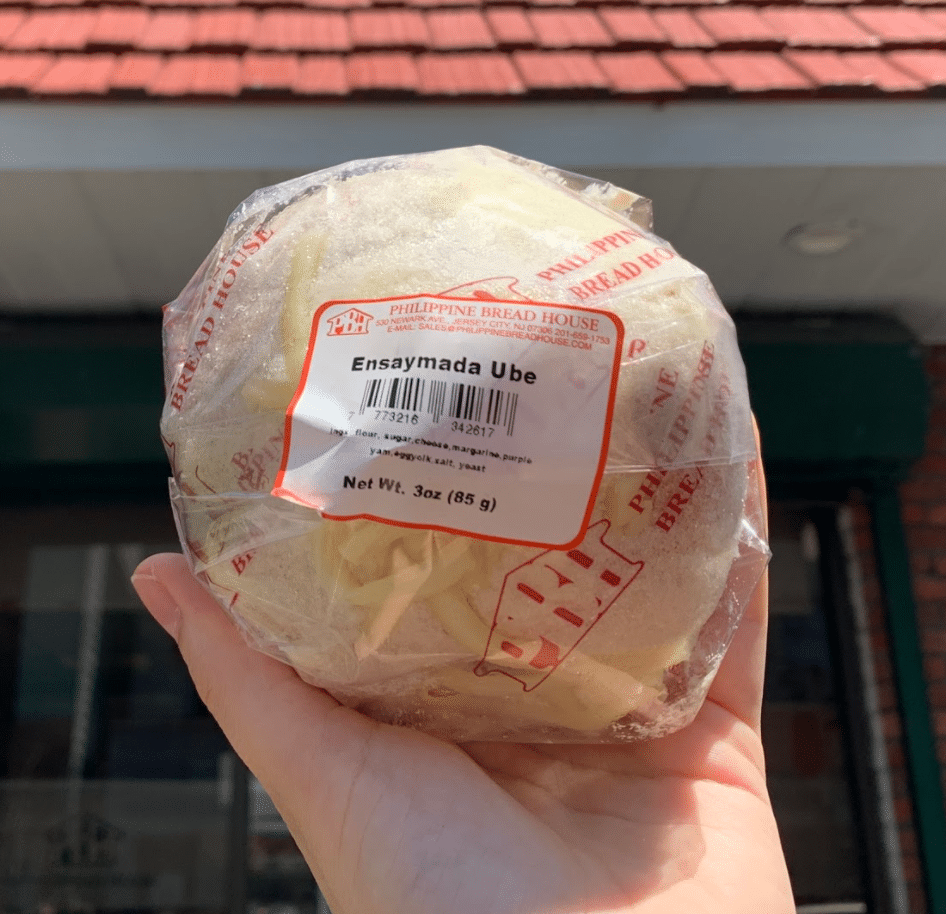 The good news for globetrotting eaters living in Hoboken and Jersey City is that we can taste all these flavors locally. Jersey City has the largest Filipino community among cities in the northeastern U.S. Filipino immigrants started moving to this area en masse during the 1960s. For decades, they bought homes, opened businesses, and formed a vibrant community in their adopted country. Meanwhile, their passion for the native Filipino cuisine has left a meaningful footprint in Jersey City’s dizzyingly diverse food scene. Read on to find out what’s good out there. {Photo credit: Max’s Restaurant}
“Max’s is where I go the most,” a local resident told Hoboken Girl. Since the polished Manila-inspired restaurant opened in 2010, it has been a favorite haunt among the local community. The sprawling menu covers a wide variety of essential Filipino dishes and has something for everyone, whether they are looking for a quick bite, a nourishing meal, or a feast. Some of the most unique dishes include the “milkfish”— a white, delicate fish indigenous to the Philippines, butterflied and rubbed in a flavorful garlicky marinade, deep-fried, and served with a zesty dip. There’s also coconut chicken adobo, a creamier but not overly heavy version of the iconic Filipino chicken adobo — the chicken in this dish is simmered in a coconut milk-based gravy flavored with a touch of soy sauce and vinegar. The generous use of bay leaves and peppercorns makes the dish extremely fragrant. {Photo credit: Google Maps}
This is another gem vetted by local residents. Walk into the restaurant and you’ll see a spread of authentic specialties laid out neatly in a glass display case. Aside from its famous fried chicken, the restaurant also makes excellent “crispy pata,” fried pig trotters beautifully layered with intense flavor. For those who would like to try something a little more daring get the “Menudo,” as it is similar to the Mexican beef tripe soup but made with pork and pork liver instead. The rich flavor is balanced with a generous dosage of limey herbs. For a more intense taste, try the “dinuguan,” reportedly the best in town, made of pork offals, meat, and blood simmered in a rich, spicy gravy. For dessert, get the turon, a fried spring roll filled with banana puree, and coated in a caramelized brown sugar. {Photo credit: @jollibee}
Don’t hold any bias against this restaurant simply because it is a chain with more than a thousand locations in the Philippines alone. Local eaters swear by its“Chickenjoy fried chicken”.”The exterior is delicately breaded to produce a crisp but not overly crunchy texture. The secret marinade is well infused into the meat, giving it a warm, lingering heat. Simple as it is, the chicken is well worth trying.
Read More: Hard Grove: Flavorful, Authentic Cuban Food in Jersey City Located withing the Philippine Bread House, this is a family-owned business loved by locals. The menu is small but very strong. Eaters can sample the most authentic Filipino dishes, such as the milkfish, crisp pata, and kare-kare {peanut based meat stew} without being overwhelmed by choices. For drinks, taro flavored bubble tea and buro {icy coconut} are served. {Photo credit: @jayhansgrill}
Despite being a very small and new eatery without much social media footprint, Jayhan’s makes some of the best Filipino grilled food in town. If you have a big party, make sure to get a spread of various grilled items including at least a cut of pork and a few different fish and shrimp. Eat with your hands, just like in an authentic roadside eatery. For smaller parties, get the sigsig, made with tasty bits of grilled pork or seafood seasoned with tangy calamansi, a citrus similar to lime but slightly sweeter. It’s fun to eat as an appetizer or stand-alone dish.

The iconic establishment has been in Jersey City for over 30years and locals love its pandesal, the staple bread in Filipino culture The fluffy sweet rolls are freshly baked each morning and are almost always sold out by the early afternoon. For something more indulgent, get the brioche buns topped with butter, sugar, cheese flakes, and stuffed with sweet yams or coconut. At lunch hours, there is also a variety of savory dishes. Most of them are easy but comforting Filipino staples, such as chicken adobo or Lechon {fried cubes of pork belly}.
See More: 14 North Jersey Diners You *Must* Add to Your Bucket List {Photo credit: @littlequiapojc}
Nextdoor to Philippine Bread House is another local gem. Small as it is, it serves authentic and comforting Filipino breakfast {or brunch, if you prefer}. The portion sizes are generous, too. A “small breakfast” consists of a meat dish, a fried egg, and garlic fried rice. Try the sweet Filipino sausage. Smokey, spicy, with a pleasant sour-sweet taste, it is similar to chorizo but has an even bolder taste. Don’t miss the halo halo, the most iconic Filipino dessert. Airy ice shavings are infused with evaporated milk, topped with a large ball of ube {earthy, sweet purple yam} ice cream, and sprinkled with all kinds of crunchy yummy goodies. {Photo credit: @redribbonbakeshop}
Locals love Red Ribbon Bake House for their ube cakes. Don’t be deterred by the very eye-popping bright purple color, it is fluffy, airy, and not overly sweet. For a quick sweet fix, get the mamon, or tart-shaped sponge cake, light as a cloud with a melt-in-your-mouth creaminess. On the savory side, the bakery makes very hearty chicken empanada. Or get the arroz, or porridge with chicken, another Filipino staple.

Yiwei was born and raised in China. She has lived extensively in Beijing and Hong Kong, before finally settling down in New York. She moved to Hoboken after a few years in Westchester and immediately felt at home here. Two years ago, she left her job at an investment bank to travel the world and explore her interests, and has since then taken on a few freelancing gigs in career coaching, college admission consulting, and writing. When she is not wandering wildly in the streets of Europe, Asia, or Latin America, she can be found sipping an espresso in one of Hoboken’s coffee shops or trying out restaurants in Hoboken and Jersey City area.
Email [email protected] with any story updates, edits, or fixes.
A Part of The Local Girl Media
©The Hoboken Girl LLC. All Rights Reserved.
2012-2022 The Local Girl Media