Here are even more TV shows, films, podcasts and books all about the Jeffrey Dahmer case – The Tab

Monster: The Jeffrey Dahmer Story is only one of many
The Jeffrey Dahmer case has come back into the public sphere following the release of Monster: The Jeffrey Dahmer Story on Netflix. But, Netflix by far isn’t the first to look into the case of Jeffrey Dahmer – there are countless other TV shows, documentaries, films, books and podcasts all about the serial killer.
In 1991, Dahmer was arrested for the murders of 17 young men and boys. He was later told he would never leave prison, before he was killed by a fellow prisoner there. Some of the coverage of his case focuses on different perspectives, whilst others look at different stages of his life, and try and break down what might have happened to turn him into the monster he became. Here’s a rundown of some of the very many TV shows, films, books and podcasts there are about the Jeffrey Dahmer case. 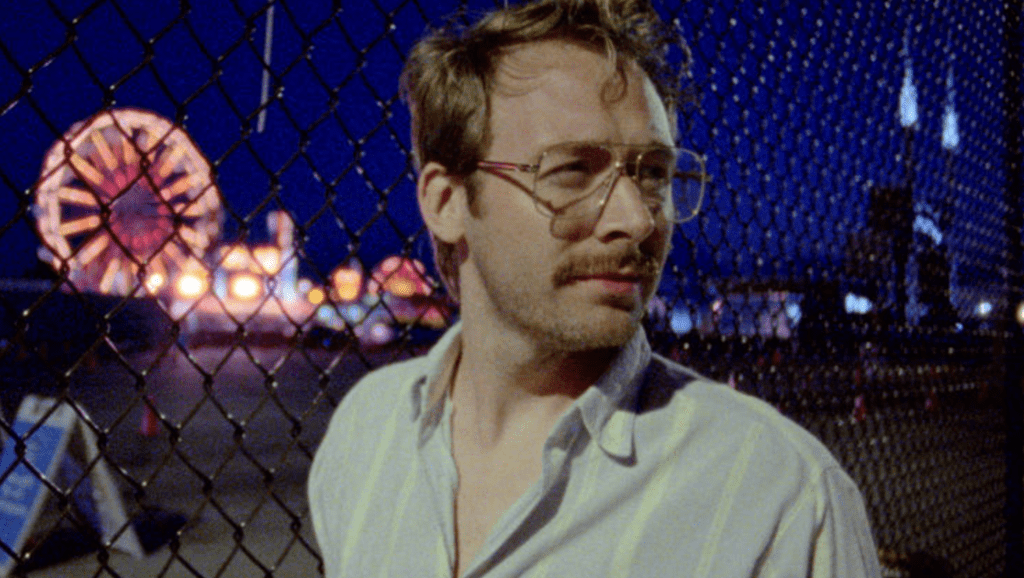 Similarly to Monster: The Jeffrey Dahmer Story, The Jeffrey Dahmer Files is a dramatised retelling of the case. It’s a film, and was released in 2012. Filmmaker Chris James Thompson used archival footage and fictionalised scenarios to tell the story of serial killer Jeffrey Dahmer as seen by a detective, the lead pathologist and Dahmer’s neighbour, Pamela Bass. 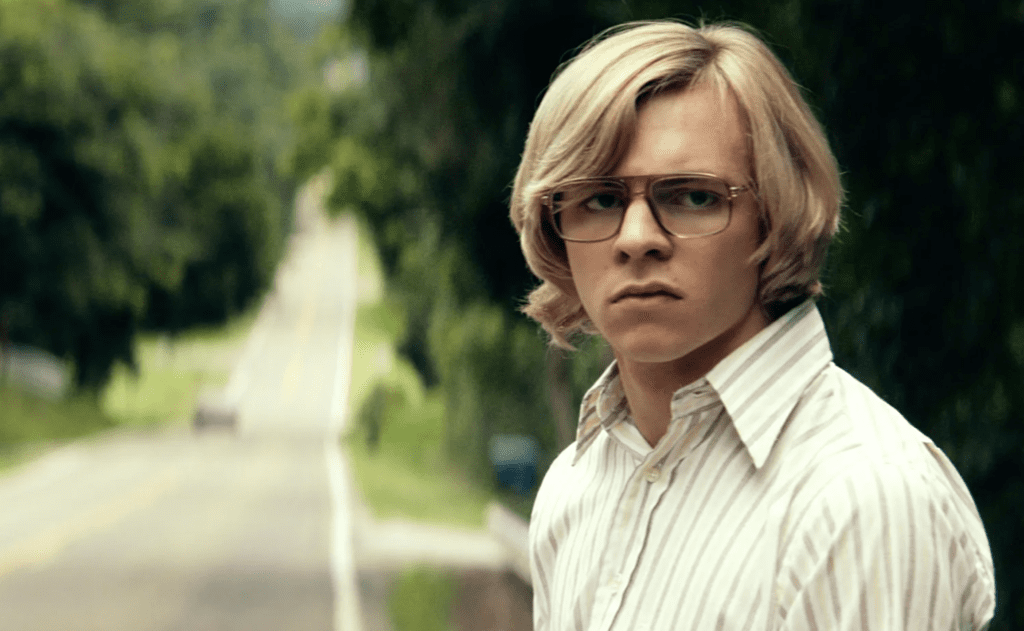 My Friend Dahmer is also a film, Based on the graphic novel by John Backderf. It stars Ross Lynch as Dahmer, and chronicles his high school years and the events leading up to his first murder.
via Netflix
Just as everyone is watching the drama series on Netflix where Evan Peters portrays serial killer Jeffrey Dahmer, a true crime documentary version of the case is being released too. Conversations with a Killer: The Jeffrey Dahmer Tapes will be available on Netflix from October 7th.
The three-part true crime documentary is the third in a series from director Joe Berlinger (CWAK: The Ted Bundy Tapes, CWAK: The John Wayne Gacy Tapes) and features never-before-heard audio interviews between Dahmer and his defence team, delving into his warped psyche while answering these open questions of police accountability through a modern-day lens.
Everyman: Profile of a Serial Killer is a documentary by the BBC, all about the case. The 50-minute film was first released in November 1994, just days before Dahmer died in prison.
via YouTube
Mind of a Monster is a TV series, released in 2020. With access to hundreds of pages of police and FBI interview transcripts and personal testimony from family, friends, and survivors, the haunting story of how Jeffrey Dahmer went from a shy boy to a notorious serial killer and cannibal is revealed. One of the people featured is Ronald Flowers, who escaped Dahmer.
In 1993, Dahmer granted Inside Edition a prison interview with him, and spoke openly about his crimes. The clip on YouTube has had nearly 20million hits and parts have been posted on TikTok, also with millions of views. In the interview with journalist Nancy Glass, Dahmer described how he “desensitised” himself from his crimes and had “obsessive desires” towards his victims.
The Milwaukee Monster was written by Gisela K, who studied Dahmer and his case in depth. The book, rated four and a half stars on Amazon, costs £7 for a paperback version. The synopsis for it reads: “Jeffrey Dahmer was one of the most memorable, gruesome, and prolific serial killers in American history who was known as ‘The Milwaukee Monster’ and ‘The Milwaukee Cannibal’. Between 1978 and 1991, he murdered and dismembered 17 young men and boys whose lives were tragically lost to a quiet loner in an unassuming neighbourhood. What was found in his small bachelor’s apartment was haunting, disgusting, and unbelievable.”
via Netflix / Amazon
A Father’s Story is the book written by Dahmer’s father, Lionel Dahmer. It was published in March 1994 – months before Jeffrey Dahmer died – and focuses on his son’s horrific crimes, telling the case from Lionel’s point of view. The Amazon description for the book says how inside it, Lionel describes his “shock at hearing the news of his son’s crimes” and how he then “entered into a world of complete denial”. The book goes on to say how, during Jeffrey’s trial, Lionel placed himself in his son’s shoes.
The book is available to buy, and costs £17.95 for a paperback version on Amazon.
Another book you can read about the case is Inside the Mind of Jeffrey Dahmer: The Cannibal Killer. It’s written by Sunday Times bestselling author Christopher Berry-Dee, a criminologist known as a man who speaks to serial killers. He has gained the trust of murderers across the world, entered their high security prisons, and discussed in detail their shocking crimes.
The Serial Killers podcast has an episode about Jeffrey Dahmer – in its Serial ’70s section. The description for The Serial ’70s: Jeffrey Dahmer reads: “He was a cannibal, a necrophiliac, and even kept his victims’ dismembered body parts carefully preserved in his refrigerator. Yet, Jeffrey Dahmer’s horrific crimes don’t mesh with his timid personality. His pathological fear of being alone meant finding people he could make stay with him forever.” The episode is 45 minutes long. Listen on Spotify here.
Monster: The Jeffrey Dahmer Story is available now on Netflix. For all the latest Netflix news, drops, quizzes and memes like The Holy Church of Netflix on Facebook.
• All the best shows and films you can watch Evan Peters in, right now
• The creepy reason Jeffrey Dahmer used to wear yellow contact lenses on days of his murders
• Fact vs fiction: All the tiny details in Netflix’s Dahmer series that actually happened
All you need is a fiver
Weekend plans? Sorted ✅
I simply cannot picture Matt without tattoos
‘Just because you’re quieter doesn’t mean you’ll fade into the background and be less of a star’
So many Mike Flanagan icons!!
HOW could we forget The Office’s nepotism baby?
‘I look forward to keep recognising the brilliance within the Black community’
All hail the return of the RuPaul bauble
Don’t bring Austin Moon into this
I have never seen so many polaroids in my life
In the new Netflix documentary about the case, she shares her perspective
‘I feel a lot of pressure to make her proud’
‘I wanted to kill Dahmer; he ate people’
‘These two products look the same and it’s really disappointing and disheartening for me to see’
If Casa Amor Billy loves Subway, I love Subway
There’s not a chance Adrian and Thomas are still married
A Conservative spokesperson said ‘if those involved are identified as members of the Party, we will launch swift investigations’
He’s an ambassador for Fenty and says they’ve known each other for years
She would be the first ever Love Islander to star on the show
Disney Plus has a whole collection dedicated to Black History all year round
I’m going with Maura for the name, you?
Mila just randomly shows up in season three of the show