LANDBANK, UNICEF join hands to extend pre-disaster aid
The Land Bank of the Philippines (LANDBANK) and the United Nations Children’s Fund (UNICEF) signed a partnership agreement to ensure the smooth and speedy disbursement of pre-disaster financial aid to some 22,000 families in typhoon-prone towns.
LANDBANK President and CEO Cecilia C. Borromeo and UNICEF Philippines Representative OyunsaikhanDendevnorov led the ceremonial signing for a banking services agreement for the pilot run of the United Nations Central Emergency Response Fund (CERF) for Anticipatory Action on 06 October 2022 at the UNICEF Philippines Office in Mandaluyong City.
Under the agreement, LANDBANK shall open an account on behalf of UNICEF for deposit and maintenance of funds among various banking services, including the crediting of multi-purpose cash transfers to the LANDBANK Prepaid Cards of identified Conditional Cash Transfer (CCT) Program beneficiaries.
UNICEF Philippines Representative Dendevnorov said that the anticipatory approach reduces the costs of humanitarian response and allows affected populations to make informed decisions ahead of a humanitarian crisis.
Target beneficiaries under the pilot CERF for Anticipatory Action include families residing in the municipalities of Baras, Bato, San Andres and Virac in Catanduanes, as well as the municipalities of Catarman, Catubig, Gamay, Mondragon, and San Roque in Northern Samar.
The P1,000 cash assistance for each CCT beneficiary will be disbursed via LANDBANK Prepaid Cards, three days before the expected landfall of a category 4 or 5 typhoon. Beneficiaries can make withdrawals through LANDBANK automated teller machines (ATMs) or Agent Banking Partner, ormake cashless purchases in groceries and drugstores via point-of-sale (POS) terminals.
MPIC  named Finance for the Future winner
Metro Pacific Investments Corp. (MPIC)  clinched the most coveted Finance for the Future Award for Embedding an Integrated Approach (Listed Companies) at the 10th Finance for the Future Awards held October 4.
A partnership between Accounting for Sustainability (A4S), Deloitte, and the Institute of Chartered Accountants in England and Wales (ICAEW), the Finance for the Future Awards recognize organizations and individuals that support the integration of sustainability into financial decision-making. After a rigorous three-stage judging process, MPIC bested seven other international and equally competitive publicly listed companies from across the globe.
“People, planet, and long-term impact are at the core of our work,” said Manuel V. Pangilinan, MPIC chairman, president and CEO. “We view this as an obligation to future generations of Filipinos. We will never stop pursuing sustainable growth.”
The awards ceremony was held in London with hybrid attendance by leading businesses around the world. MPIC participated and received the award online.
“The strong culture within MPIC to think about how the organization and its employees can leverage their roles to have a wider impact on lives in the Philippines was evident,” commented ajudgefor the Finance for the Future Awards, adding that “The commitment to driving sustainable outcomes came through clearly from the Chief Finance, Risk and Sustainability Officer and finance team’s advocacy and leadership, alongside a strong understanding that embedding ESG is essential for the existence of the business. This gave real credibility to MPIC’s purpose of ‘creating long-term value through responsible and sustainable investments’”.
Flag bearers of disruption 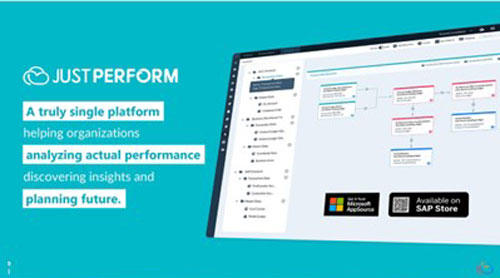 Enterprise Performance Management (EPM) is driven by the ‘Process First’ mindset. Process development that involves discovery, design and definition of EPM processes is critical and often the most neglected part. It demands knowledge in the EPM space and industry-specific expertise that is hard to find.
With over 100+ years of combined experience in this space, JustPerform wanted to be the flag bearers of disruption through combined expertise and cross-industry knowledge to address the ‘EPM process development’ gap.
All the business reference models are designed to help business users kick-start their performance management processes like budgeting, forecasting, consolidation, profitability analysis and reporting. These repositories of knowledge help organizations benefit from the available industry best practices and create robust EPM processes.
JustPerform’s 50-member team has been part of over 150+ enteprise performance management projects across real estate, hospitality, hotel, retail, IT & IT services, automotive, telecommunication, energy, transportation and many more industries.
JustPerform is a cloud-native intelligent and unified platform for enterprises to plan, consolidate, report, and analyze. It adopts a customer-centric approach to reduce friction and empower users to own their EPM processes.With its three foundational pillars of Business Process Focus, Intuitive user experience and Governance, it brings speed, scalability and audit to EPM initiatives.
JustPerform is headquartered in Singapore with wholly owned subsidiaries in California and India. Gartner rewarded the with the ‘Customer First Badge’ to highlight their customer-first commitment.
QC welcomes over 200 businesses, foreign dignitaries in Investors Summit
Over 200 investors, business leaders, business associations, chambers of commerce and foreign dignitaries participated in Quezon City’s Investors Summit on Friday, October 7.
Present were officials of sister cities, business chambers and non-government organizations, together with dignitaries and representatives from countries including New Zealand, Singapore, Indonesia, Ireland, France, Denmark, Israel, United States, Germany, Great Britain and Manila Economic and Cultural Office.
“We made a conscious and deliberate effort to win back the trust of people in the government, so that they could see the government as an enabler, rather than a hindrance. With trust, relationships can be built with relationships, cooperation, and progress.” Mayor Joy Belmonte said.
Department of Trade and Industry Sec. Alfredo E. Pascual was keynote speaker of the summit, citing that the City, with its various sustainability initiatives, is well underway to take on future challenges.
At the event were discussions on key areas for investments, public-private partnerships, and opportunities for expansion and growth leaning on the city’s five major thrusts namely social services for all, economic development, environmental sustainability conservation, high-caliber infrastructure, and good governance.
QC has already automated and digitized 95 percent of the city’s services. Applying for business permits and licenses were made easier through the development of QCBizEasy under the city’s QC E-Services platform. The improved system and processes will help cut red tape and eliminate corruption.
Mayor Belmonte urged the continuation of these consultations to strengthen the partnership between the private and the public sector for the benefit of the city and its people, adding “Kapag ang business sector ay umunlad, lahat ay uunlad.”
Clinic for disadvantaged women 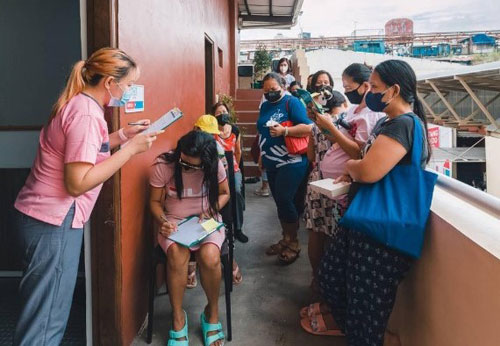 San Miguel Corp. (SMC) has opened a women’s health clinic in Tondo that will provide specialized healthcare for women from nearby poor communities, with the goal of reducing their risk of breast and cervical cancer.
SMC president and CEO Ramon S. Ang said this latest initiative will help arrest rising cases of reproductive health issues among women in urban poor communities, as part of its increased focus and involvement on women’s issues, under its wider social development agenda.
SMC’s women’s health clinic will provide free medical services, including obstetrics and gynecologic (OB-GYN) ultrasound, general ultrasound, and medical consultation for pregnancies and female reproductive health to over 400 women members of its Better World Tondo community.
The clinic, located within SMC’s “Better World Tondo” community center, which also functions as a feeding and learning center and food bank, will also hold regular health education sessions that will teach women from urban poor communities about cancer prevention, pregnancy healthcare, and nutrition, among others.
“Apart from giving them access to free and specialized medical care and equipment, we will also work with medical experts to continuously guide them on how to prevent serious illnesses through early detection,” Ang added.
Bulacan rescuers’ kin receive life insurance
Families of the five Bulacan rescuers who recently perished in the line of duty received the proceeds from the fallen heroes’ life insurance policies from Insular Life (InLife).
The five, Jerson Resurreccion, George Agustin,Troy Justin Agustin, Marby Bartolome, and Narciso Calayag, Jr. died en route to a rescue mission in San Miguel, Bulacan during the recent onslaught of SupertyphoonKarding in Central Luzon.
InLife first vice president and Territory 2 (Metro Manila and General Agencies) head ArnaldoAquino, together with Metro North Region Head Al Sanchez handed over the checks to their beneficiaries during the tribute, Salamat at Paalam…Luksangparangal para samgabayaningtagapagligtas held at the Bulacan Capitol Gymnasium in Malolos City on September 30.
The five, who were insured together with 21 other members of the Bulacan PDRRMO, availed of InLife’s I-Shield Prime term life insurance in 2021.
Q2 HR Solutions shortlisted in People Awards
Makati-based human resource and recruitment consulting firm Q2 HR Solutions Inc. has made the final shortlist for both the award for ‘Best Flexible Working Policy’ and the award for ‘The Community Employee of the Year’ in The Investors in People Awards 2022.
The Investors in People Awards is known for celebrating the best global organizations that stand out across various organisational, people, well-being, and leadership categories. Each year hundreds of organizations from the UK (where the awarding organization is based) and abroad battle it out to take home one of the sought-after trophies and show their award-winning commitment to #MakeWorkBetter.
The award winners will be announced on November 15.
Malaya Business Insight comes to you in a very readable package: A fusion of in-depth news, excellent news analyses, the credible prognosis of events, powerful commentaries and balanced updates on what is happening and about to happen in corporate board rooms, in the diverse business and industry sectors, in Philippine regional and global politics and in the exciting world of sports, arts, entertainment, and lifestyle.
Contact us: [email protected]
© by Malaya Business Insight